Hello Readers
Welcome to my stop on the Shanti & The Magic Mandala Blog Tour. Today i have for you a Guest Post about Religion In Fantasy and an excerpt from the book. Enjoy! 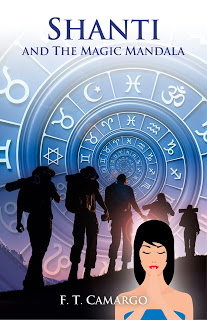 Shanti and the Magic Mandala is an adventure in which fantasy and reality are mingled. The book tells the story of six teenagers, from different religious and cultural origins and different parts of the world, who are mystically recruited to form two groups – one in the Northern Hemisphere, and one in the Southern. They eventually gather in Peru, and through a single alliance, begin a frantic chase for the sacred object that can stop the black magician’s final plan.

Buy Links:
Amazon.com I Amazon.in I Amazon.co.uk I Barnes & Noble I Google Play

Shanti was the first to smell the smoke. She paused in her frantic packing. “Do you smell something burning?”

It was getting noticeably hotter in the room. “Look, there’s smoke coming in under the door!” Antônio cried. Black smoke was slowly seeping beneath the door and into the room. Lelê ran to the window.

“The door won’t open,” Shanti said, struggling with the lock.

“Neither will the window.” Lelê was close to tears.

“Let me try, Shanti.” Antônio grasped the doorknob, applying his strength to it. Even as he fought with the lock, the smoke and the heat were rising.”

“They did it. We’re stuck in here,” Helena said, coughing.

Antônio hammered on the wall. “Nasir! Itai! Tadao! Help us!”

“They want to kill us,” Lelê cried, shaking with fear.

Looking intently at Helena, her voice ringing with determination, Shanti declared, “But we’re not going to let them succeed!”

“Get away from the door,” Antônio said, kicking at it.

Hearing Antônio’s call for help, Nasir and Itai had rushed to the door, only to find it locked. Tadao tried the window. “It won’t open,” he said, fearful. “The window’s locked.”

“We can’t get out. What’s happening?” Nasir said, with an edge of panic.

Just then, an image of the book came into his mind. He ran over to his backpack, still on top of his bed and upended it shaking everything out.

Suddenly there was a loud noise, like an explosion — the door swung open. Flames and gouts of heavy, black smoke poured into the room. The whole hallway was on fire.

Tadao pushed at the window again, but it defied his efforts to open it.

Itai reached for his book. It was illuminated once again. He stood up and held the book with both hands, opening it. A bright light shone forth from the page it had opened on and he saw another name, formed with three Hebrew letters. Seitel, another of the 72 names of God. Itai knew that the Angel Seitel was able to create a protective shield. He closed his eyes, forming an urgent prayer, reaching out to connect with the angel, shutting out the mayhem around him for a few moments. Opening his eyes he gazed at the three letters from right to left for a few more precious seconds. Then he closed the book, replaced everything else in the backpack and hoisted it on his back. He picked up the book, holding it in his right hand. “Grab your backpacks and follow me.”

Nasir stared at him with an expression that clearly showed concern for his sanity “Itai?”

“What? What do you mean?” Tadao almost shouted.

Nasir took his backpack and positioned himself behind Itai. “May Allah protect us!”

Watching Nasir, Tadao did the same. Itai took the closed book in both hands, pointing it towards the fire, as they approached the door. The book emitted an increasingly intense light. Gradually, a large shield began to form, surrounding the three boys.

“Wow! It’s a light vehicle, a merkaba!” Nasir said, reverently, his gaze locked on the intense white light of the forming shield.

Steadfastly Itai moved towards the door now engulfed by large flames. He advanced out of the room, into the hallway, the light shield in front of him, and as he moved, he created a clear path, the shield pushing away the flames, heat and smoke. He stopped in front of Shanti’s bedroom door. The wood was charred and blackened and the ancient lock had popped free, leaving the door swinging brokenly. Their friends had crowded at the back of the room, near the window, trying to get away from the thick, choking smoke. “Grab your backpacks! Get behind Nasir and Tadao!” Itai shouted.

“We’re coming!” Antônio said, grabbing his backpack and walking swiftly towards the door.

Lord Ganesha, please open those paths, Shanti prayed, putting all of her faith into the prayer.

Within moments, the three were in place. The light shield began to grow sideways, eventually forming a large cube of light, protecting all of them. They crossed the hall, safe from the flames. As they went down the stairs, they heard the roof collapsing behind them. The reception area had been completely destroyed by fire, but again they passed through the devastation completely shielded from the heat and flames. They reached the door leading to the outside. Itai wasted no time in pulling it open and they poured out of the burning building.

As soon as the last one of them stepped onto the street, the old pension began to collapse, turning into a huge bonfire.

Religion in Fantasy
I have always had the dream of being a writer.
I had been asking for a new goal in my life for more than seven years through my meditation and spiritual practices. One day I had an insight to write a book in which I could express myself and also share my experiences…
Since I was a child, I liked very much to read stories, like fantasy stories, also adventure books and I was a fan of the cartoon Tintin, the French adventurer boy, fan of Julius Verne, and also mysteries and thrillers like Agata Christie. Bringing all these memories to these days, I wished to write for young readers, writing an interesting book, like an adventure book, a fantasy book, and which could also bring some important things, such as spiritual aspects, compassion, human rights, animal protection, and all these things.
I my opinion young people are the ones who will be able to change the world. That’s why I have decided to bring them something, to plant a seed in their lives, to be able to germinate good feelings related to the planet, related to the rights. I decided that it could be a good idea to use a playful approach with these themes that are so important for the planet. That’s why I decided to write an adventure, but it is a fantasy as well, but also there are many mystical and spiritual approaches.
This is the reason why I had the idea to use distinctive characters from different cultural and religious backgrounds, trying to show that it doesn’t matter your cultural or religious background to create a union and harmony to be proactive regarding humankind, animal defense and environmental issues. So I think my story can inspire good actions for better world aiming freedom and compassion to reach peace.

F. T. Camargo is an Italian Brazilian living in Sao Paulo, Brazil. An award winning architect and author, he also studied Arts and Media and has a post degree in Economics and MBA in e-commerce. He is a vegetarian because of his love for all animals and has been deeply involved in causes for their protection and freedom. He is a world traveler adventurer, outdoor sports lover, speaks 4 languages and has published a travel book “Rio, Maravilha!”

For many years he has been practicing yoga and meditation and studying the Kabbalah. His exploration of spiritual teachings motivated a commitment to self-development which in turn created a new path and goal in life. Shanti and the Magic Mandala was born from his inner journey.

– Winner of 2014 London Book Festival in the category “Young Adult”.

– Winner of 2015 Paris Book Festival in the category “Young Adult”.

Check out the Cover Reveal Event
Tour Organized by: 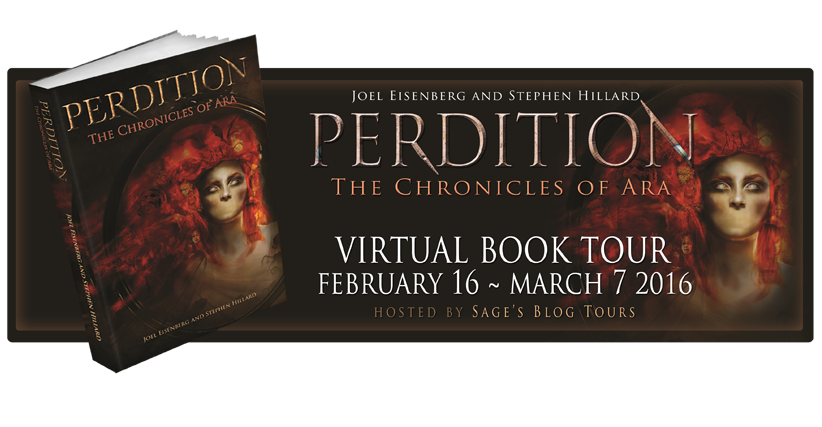 Reviews, raves, and rants. It's all about the books we read