Welcome to my stop on the Enchanted Revenge Virtual Tour. Read on for my review and and excerpt and don’t forget to enter the Giveway! 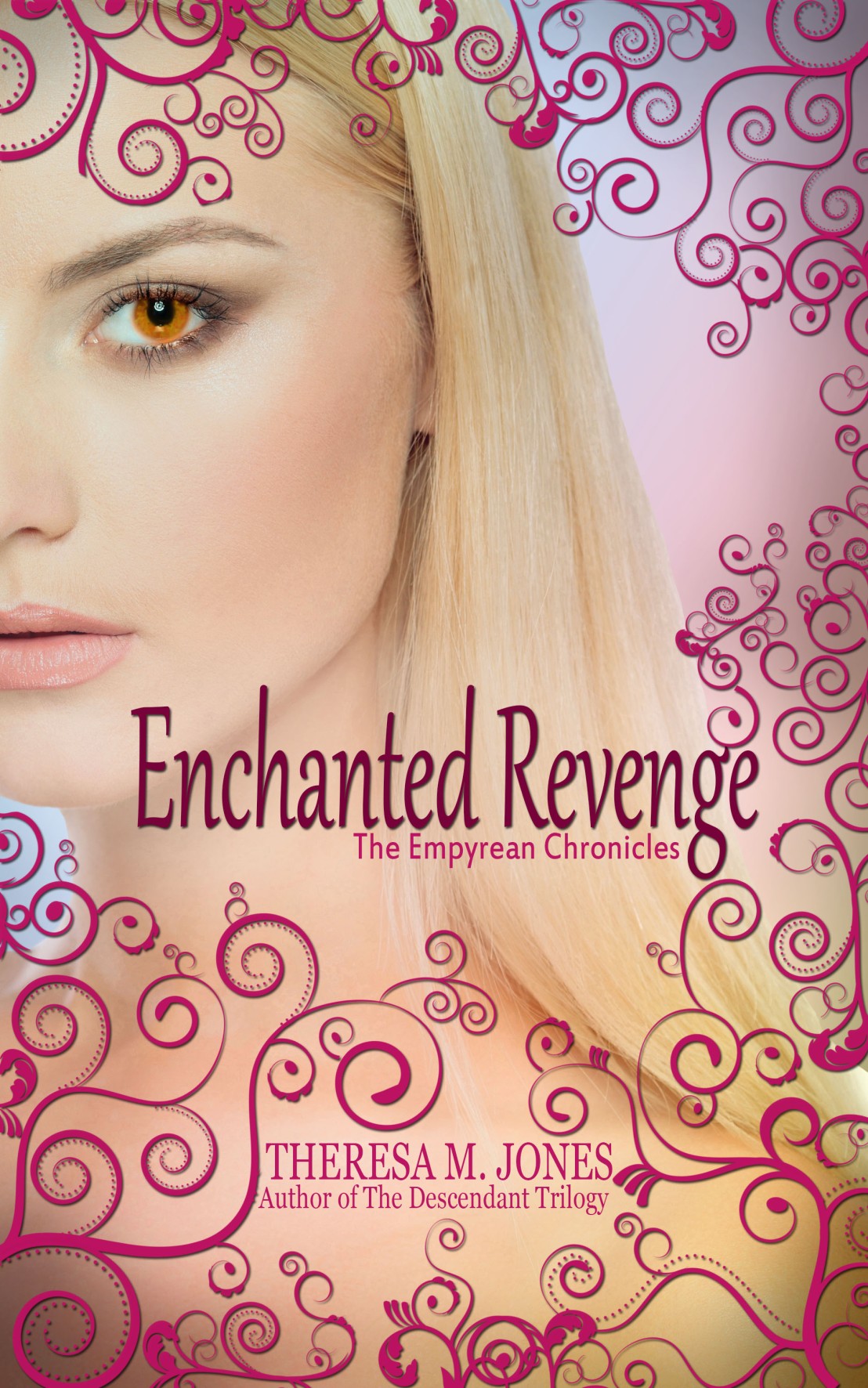 When seventeen year old Lily finds her parents brutally murdered, leaving her broken and alone, she is determined to bring justice to the fairies responsible.

Her quest leads her to infiltrate The Empyrean, the land of the Fae where terrifying creatures lurk in every shadow. But with a political rebellion mounting, bloody battles and foreign enemies stand in her way. Alec, a mysterious fairy keeping his own secrets, gradually becomes her guide and dear friend in the unfamiliar world, and restores her faith in love.

Disturbing secrets about her parent’s true identity are revealed, causing her to be more involved with the devastating fairy war than she can afford. Her vengeful mission becomes compromised and her growing romance with Alec wavers.

She must conquer her fear of the unknown, ignore her grief, and overcome her growing list of enemies if she is to succeed in avenging her parents’ death. Or ever make it out alive.

I love fantasy which involve the fae or faeries and Enchanted Revenge takes you on an action-filled adventure within the world of Empyrean, the world of the fae.

I found the world the author has created to be interesting, detailed and well crafted. The main character’s development is well charted through events which force her into ‘growing up’ pretty quickly. We experience her pain at losing her parents and the confusion she feels as to the why and the who of their deaths, and her uncertainty as to her fae heritage and her place in the world of the fae.

The writing style took some getting used to and I can’t say that I liked the idea of defining words at the beginning of each chapter since they were not in any means difficult and the meaning could have been gleaned from the context in which it’s used.

That aside, this was an interesting read, fast-paced with a touch of romance and mystery and I found it to be intriguing.

When the door opened, we walked into a hallway. I could see the doors just ahead, the doors that would lead to our freedom. We rushed toward it, escape in sight.

“Halt!” a man bellowed from behind us.

But we didn’t stop. Alec pushed me ahead and shouted, “Run!”

I barely noticed that Rita has disappeared. All I could do was try to make my tiny legs move as fast as possible. I was so frustratingly short.

Suddenly, I felt a strong hand grasp my shoulder and push me to the wall, as I felt the air beside my head whoosh. In the door ahead of me I noticed a dagger protruding out.

My heart beat furiously as I realized Alec just saved me from having a knife go through my freakin skull.

I tried, I really did. But my legs could only go so fast. The muscles in my thighs and calves heat up, bunching and stretching as I pushed my legs to their limits. I could hear the guy behind us murmuring something. Was he talking to himself? Or was he calling others to his aide, to stop us?

Again I tried to push faster. Harder. My breath was coming out in deep gasps. My arms pumped at my sides.

Alec finally left my side, rushing forward to open the door ahead of us. I breezed past him, and he slammed the door shut just as fast. Whispering something incoherent and waving his hands around in front.

“That won’t hold them off long,” he told me.

He placed the tripudio on the floor, and started to open it. But as soon as he did, I noticed a door on the other side of the room open and spit out several guards like a hissing cobra ready to attack. The guard behind the door we had just come through began banging on it; the thumping matched my frenzied heart.

Alec swore under his breath, but continued to focus on the device.

That’s when I saw the sword. It was huge, as big as the one I carried with me from my father. The guard was charging for Alec. I didn’t know if he could see him, since he was concentrating so hard, so I did the only thing I could think of.

I picked up the closest object and threw it at the guards head. The lamp smashed against his shoulder, knocking him slightly off balance, but didn’t stop him. I looked around for something else to grab, but there wasn’t anything. A couch. A few chairs. A wall of books lined the three sides of the room, but nothing that could do any damage. And the fourth wall was just open, like the other rooms I had been in. I could see the branches and the leaves beyond this prison, but still nothing I could use.

There was another guard who looked to be loading an arrow into a crossbow. A freaking crossbow! Like, what the hell?

The guard furthest away was the scariest of all, though. He wasn’t running for us, or even moving at all. He merely stood still and focused, just as Alec was doing. Behind him, through the opening in the walls, tree limbs started moving in.

They slashed the air, as if they were whips, and flew right for us. When the first one was coming right at me, Alec withdrew his own sword and cut the limb off. With a thump to the ground, it lay lifeless, withering right before my eyes. But the others didn’t stop.

The tree branches were coming for us, like the claws of an eight legged dragon. My eyes sought the trees and leaves I once thought beautiful. They terrified me now.

I wondered if we jumped, if I would survive. At least Alec could fly.

But not me. I would surely die.

Four guards in front that would reach us in less than a minute, a guard behind us ready to stick a knife in my head, and a drop out the window that would surely lead to my death.

There was no escape.

Alec picked the tripudio off the floor, grabbed me around the waist, and whispered in my ear, so close his warm breath snaked across my neck and down my spine. “I’m sorry, but I have no choice.”

Theresa M Jones is just a regular small town, Texas girl, who loves reading, writing and playing with tech gadgets. When she isn’t at work fixing computers and the like, you can find her at home with her husband and two beautiful (and rambunctious) kiddos.

In her spare time- as if there ever was such a thing as “spare time” – she reads and reviews books on her book blog, and writes paranormal romance and fantasy romance novels. 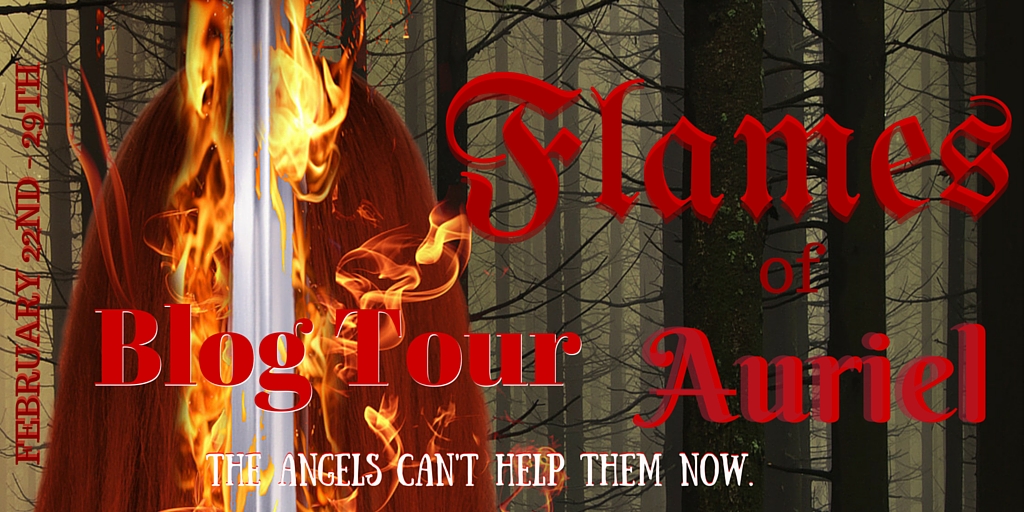 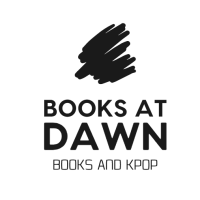