Welcome to my stop on the Fire Blog Tour. To view the full tour schedule click on the banner above and be sure to comment on as many stops as you can to increase your chances of winning in the Giveaway! Be sure to enter for a chance to win $50 Amazon /B&N Gift Card, because who doesn’t need more books? 🙂

Chelsea and Chad are twin fire and water elementals, humans born with the ability to control the elements. Chelsea struggles to control her flames, while Chad finds himself under the control of dangerous people. War draws near, and brother and sister must choose a side, even if it’s against each other.

I watched as West sized me up, and I tried to do the same. Maybe his bulk could be his weakness, I told myself. With as much muscle as he had, there was no way he could run as fast as I could. I kept that in the back of my mind as I lit myself light up entirely. West laughed and lit up, too, but he burned hot, bright blue-white flames while I stood in cooler yellows and oranges. I didn’t let it shake me.

He charged, ready to tackle me. I looked quickly and saw an opening for me to run past him. I did, and as I passed him, our flames brushed together, and I pushed my fire through his. He groaned loudly and growled, pushing his flames out further. This time, I charged at him, taking advantage of his anger. He tried to grab at me, but I was too quick as I slipped through his opened arms. I had to leap up and back, fitting right up through the gap of his closing arms and beyond. As I was in the air, flying away from West, a knife thin tendril of fire lashed at my side. I hit the ground hard, but immediately shot a continuous stream of fire up at him. His flames may have been hotter, but mine were easier to control.

I didn’t let up as he ran at me and finally a breach in his flames appeared. I rolled over and kicked him with a fireball to increase the chances of doing damage. A cracking sound echoed as my foot met his rib cage and then West let out a horrible yell. He fell to his knees on the ground in front of me, his pained eyes shooting over to Blaze. I pushed myself away from him, worried that he was somehow faking the pain.

Blaze whistled loudly, signaling the end of the first round.

Born in Louisiana, Belle Manuel spent her early years learning to be a good Cajun girl before moving to Texas. She visits Louisiana often, enjoying the quiet break from the active Texas life. When not writing, Belle enjoys crochet and crossword puzzles. Her debut novel, Fire, was released July 1st of this year.

Belle first began writing in middle school, where her first writing job was getting paid by other students to write stories for them. She enjoyed turning their random requests into interesting stories, and the money she made helped fund her reading habit.

Fire began with an idea, but quickly took on a life of its own and changed as Belle wrote it. With all the adjustments and improvements, it eventually evolved into The Elemental Series.

The Trials of Publishing Your Book

Getting published is fun; you feel like all of your hard work, effort, and (temporary) self-loathing have all paid off. It’s a vindication that your writing isn’t just crap to be hidden inside folder OLD MUSIC FILES inside that VACATION PICTURES folder on your desktop. It is worth publishing! But the process of getting published is something you have to prepare for.
First thing you do is find agents, because you can’t submit your work to an agency without having an agent that works there. But you’ll find that almost all of those agents have secretaries that do the footwork for them because they’re constantly incredibly busy. So you get a few auto-sent rejection emails. Then you get a few personalized ones that tell you ‘you’re not a good fit for us’ or ‘this work isn’t quite our style’ and you keep your chin up. You knew a few would say no. But then those three become ten, and those ten become twenty, and you start to wonder ‘am I seriously still trying to get this crap published?’
The next eventual step is obvious: some will like your work. You get an email that sounds hopeful – they want to see five chapters of your novel! So you send it to them, with a thank you note in the email about them going out of their way. You get another auto-reply that says they’ll get back to you in six weeks or so. Now for six weeks, every moment is filled with the question of whether or not they actually read it, or if they’re going to pick it up. This is almost worse than the immediate no response, because you actually have true hope that you’re getting published.
Eventually, an agent sees something in your work, and by now you’ve not even gotten hopeful. You send them what they need and you forget you sent it, then they say they want to talk purchasing your manuscript. You’ve done it! You made it! You’re going to be published!!!! It’s a weird process, full of questions that you haven’t thought the answers to, so you feel dumb as your sitting there talking to the people who want to make you the next Stephen King (or whatever genre you write in).
Once you’ve signed your contract, sold your work, and set up the royalties portion, the editing begins. Again, your heart will sink because their job is to find all of those minute details that to you made sense – because after all it’s your world, you know what you meant – and tell you that it makes none at all. They find the plot holes, the scenes that aren’t needed, and the scenes you should’ve written. It kind of makes you feel like you didn’t write a good story – BUT YOU DID!! Editors are the unsung heroes of the publishing world. Their job is to take your piece of rough, dirty coal and shiny, and turn it into this gorgeous princess-cut diamond that’ll sparkle on a bookshelf one day!
All in all, if you want to get published, prepare yourself for rejection. It happens to every good author! But also be prepared for that feeling of ‘when will the other shoe fall’ because that still hasn’t worn off for me. I’m so happy that my dream has come true that I feel something small will happen next, but I still wouldn’t trade the whole emotional process for anything. It was worth every minute of worry and stress. 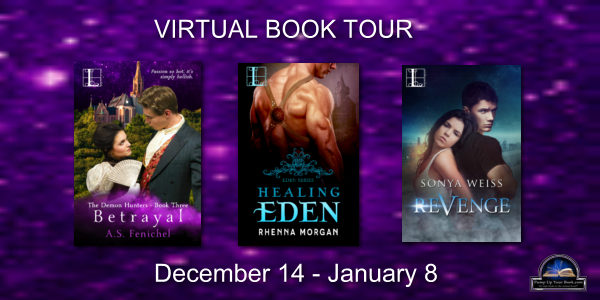