I received a copy from the publisher through NetGalley for an honest review. This does not in any way affect my opinion.

Welcome to Cyrene, a city where energy is currency and music is the lifeblood of its young citizens. Everyone lives on the grid, and the residents of the world’s largest playground are encouraged to pursue every physical and emotional pleasure imaginable.
Vee is the lead singer of the Sugar Skulls, an all-girl band that is Corporate’s newest pet project. Micah haunts the city like a ghost after an overdose of a deadly illegal street drug knocks him off the grid. When Micah and Vee forge an immediate, undeniable connection, their troubled worlds collide.
Trading concert stages for Cyrene’s rooftops and back alleys, they have to evade vicious thugs and Vee’s possessive manager as they unravel the mysteries connected to their dark pasts. And before the curtain falls, Micah and Vee will bring the city to its knees in their desperate bid for love, home, and a future together.

This Cover is just sooo beautiful!! I am definitely buying a hard copy of this soon!!

Wow! What a ride this book has taken me on! I can in all honesty say that I’ve never read anything like it. This is no cookie-cutter novel, this is an ORIGINAL. There is not a single thing I didn’t like in this book. Even if the story itself had flopped, I would have read it anyway just for the beautiful, seductively poetic prose. Thankfully, that prose was effectively married to an intricate plot, fleshed out with awesome multi-faceted characters and effective detailed world building. Basically, this book had me at ‘hello’!

Sugar Skulls is experienced ( the use of experienced instead of told here is deliberate) through dual perspectives, which has the effect of two complementary entertwining stories. Even though the voices are very different, I did not love one more than the other. They were for me equally interesting.

The main characters Vee and Micah, are very relatable and well developed with so many sides to them that they don’t feel like characters but real persons:

We have Vee, lead singer in the band Sugar Skulls, rockstar with a voice guaranteed to evoke powerful emotions , enough to fill those thrum collectors to the brim and then some, which harness the energy generated from all those emotions and sexual tensions enhanced by drug cocktails specifically made to elicit that special high. Her character has depth and personality. We see her as the sexy bombshell whom the crowd would gladly eat alive, the party girl trying to lose herself in drugs and drink, down for anything, stripped of her costume and facepaint, she just wants to go unnoticed and yearns for something, not sure what until she sees Micah.

” Except for the guy. The guy at the bar with the piercing gaze and the messy hair and the look of a lost soul….Even leaning back , every line of his body indicates a readiness to bolt.”

Then there is Micah, man on a mission, living ‘off the grid’, trying to move about inconspicuously. He has lost his band of friends In Cyrene to a new, very lethal drug and is determined to hunt down the source and shut it down at all costs. He trolls the clubs in his guise as a ‘runner’ hoping to get information about the key players in this drug operation. He has no room for anything else until he hears Vee.

“If strings ran up my spine, she just plucked the high E, a fierce vibration that shakes me to my core.
She looks away, and quakes subside into mere tremors. Propping myself up against the bar, I abandon my drink to process the last few seconds.
All these months, there’s been nothing. But just now? I felt it. I feel it. I pulse with life, lightning dancing across my skin as she batters the crowd with furious verses.
But I’m stuck on that first gasp.
One note. One word. She laid me low and resurrected me in one fell swoop.
Who is this girl?”

It is insta-love or obsession and it’s epic! They can’t stop thinking about each other, although for different reasons. I’m not usually a fan of insta-anything but in this instance, it makes sense once the plot unfolds.

Can I just say how much I love this concept of Cyrene? It is weird and ‘far out’ but it works for me. Talk about worldbuilding! In Cyrene the harnessing of energy is big business. Bodies are enhanced by nano-tech, STDs and pregnancy are not cause for worry; the nano-tech takes care of that so feel free to get as wild as you would like without the usual consequences. Thrum collectors harness the energy given off by heightened emotions and everyone is on the grid which allows the Corporate to keep track of energy outputs. Still with me? How imaginative is that?

“Everyone’s down there, the hive alight as they sample pills and eyedroppers. and stimulants galore, expenses covered by a simple tap on a biometric scanner, small stipends of starter credit funding newfond vices. This preshow binge will pay off in spades a few minutes from now.

Especially if those new thrum-collectors mounted along either side of the pit are up to the task. In a few minutes, the show will kick off and the collectors will go to work, grids of lasers collecting every ounce of thrum generated as the crowd writhes and jumps and dances, fueled by a cocktail of music and chemistry. The free light show is just icing on the cake.”

The idea of powering the city and the rest of the world on energy collected from young adults at the height of their curiosity and experimental phase, at the height of drug – induced highly emotive states is brilliant!! And using music as a medium is absolutely perfect because who doesn’t love music? If you’ve been to  a music festival, you know the ‘vibe’ that is given off, it’s contagious even if you are not under the influence, because music has this way of evoking varying emotional states.

Even though V and Micah’s relationship or pursuit of one, is an integral part of the plot, it is not the only thing going on. This book has a bit of everything which means it will appeal not only to NA readers but older readers too. We have the whole cyber-punk-techno-futuristic-almost dystopian feel, coupled with romantic elements, action filled scenes, tension and angsty situations and interesting interactions between the main characters and sub characters. It is fast paced and I like the structure; short sentences. I also felt that the romance was well done because the connection betwen them felt real, not just filler material.

This book was like a drug. It was addictive and I could not put it down. I highly recommend that you read this if you haven’t done so already. If my review seems all over the place to you, its because I haven’t come down from this ‘high’ yet and probably never will! I freaking loved it!!

I recommend this for fans of ‘different’ and ‘original’ , who are not afraid to read something that is ‘out of the box’. I would also not recomend this for the younger readers since there are mature situations and quite a few curse words. 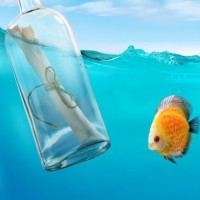